As I have mentioned, I fell back in love with reading this year after an upsettingly long dry spell. Although it feels shameful to admit, I don't think it's uncommon -- especially when the season of raising children hits -- but these fallow stretches can happen for a variety of reasons. It took a very long time for me to let go of hang-ups from academia and to get to a point in home and business life that I felt I had the space for it again. But returning to it this year has been life-giving.  I finished the year having read 24 books—two not pictured—and parts of others that I didn’t finish. Next year’s goal is to average three titles a month, but I’m less hung up on numbers than I am on the daily practice. I feel like a window was thrown wide open in my life this year, and I know for a fact it came from regular reading and all the inspiration it offered. 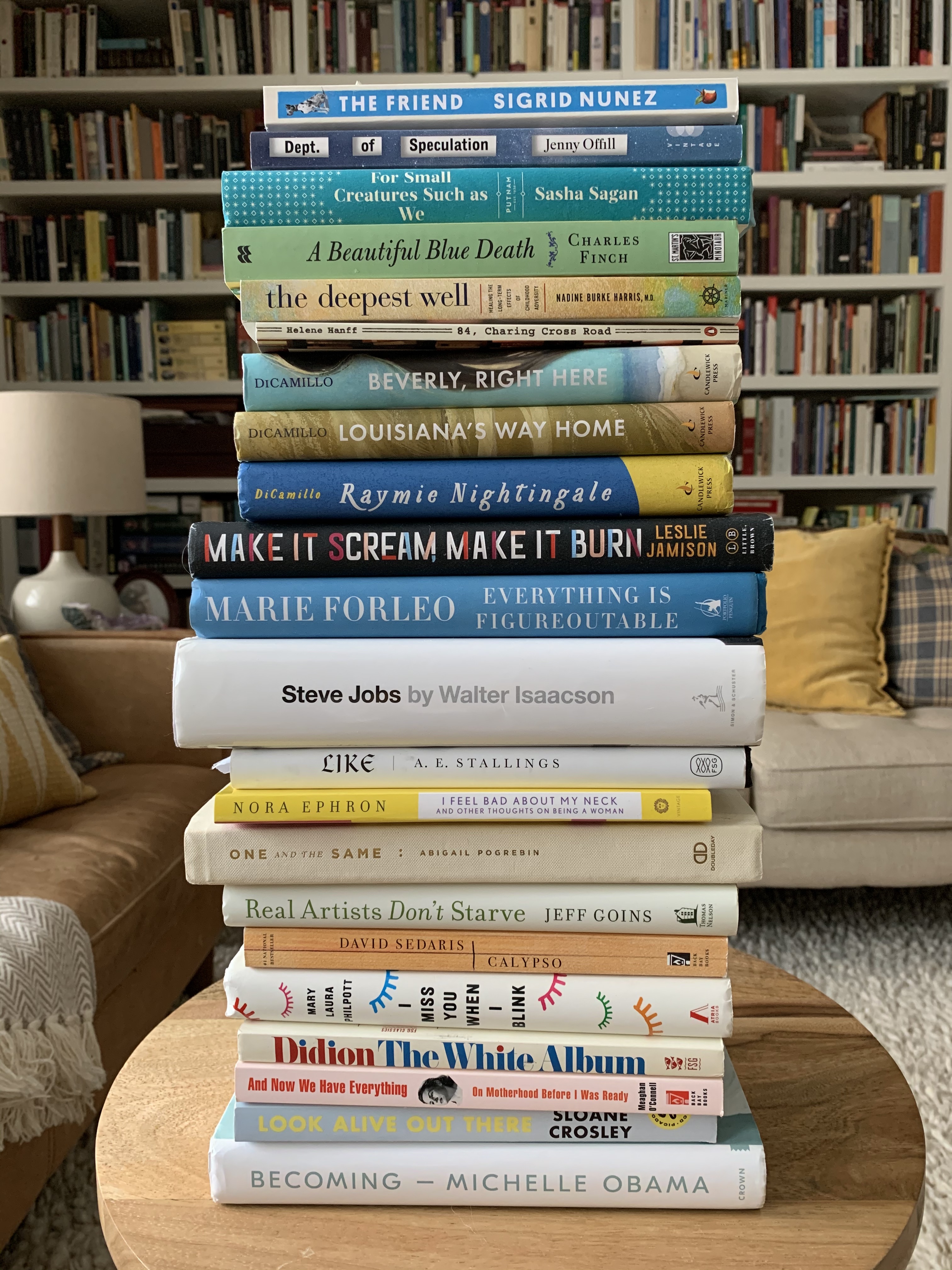 Notes on some favorites, in no particular order:

I'm singling out a few titles here simply by way of recommendation, but there really was not a bad one in the bunch. Since part of the new approach that has made reading more satisfying for me is allowing myself to move on if I don't love a book I'm reading, the positive consequence is that I love every book I finish. They were all great, and I'm happy to talk more about any of the ones I didn't dive into if you're curious.

What about you? Do you have any recommendations to share from your year? If so, I'd love to hear them! I've got an ever-growing stack of books for 2020 on my side table already, but if you're a bibliophile like me (which, if you've read this far, is obviously true), then you know that there's never not room for another.