Last spring, we had a photography session at the shop with Heather Hall. She has shot the shop a few times over the years and has become a dear friend in the process, and I am telling you: her work is majorly stunning. I should really figure out how to get a gallery tab on my website so that I can just feature the outcomes of these sessions because she captures in images precisely the kind of mood and atmosphere I hope to evoke with the shop. So when I posted Heather's photos last spring next to my own daily photography of the shop, which I took using my iPhone, I saw rather forcefully that there was a visual chasm between the two. It was evident and embarrassing. On the left, you had visual poetry. On the right, mediocre prose.

And the worst of it was that I actually really love photography! And I own a great camera! But I wasn't very experienced at manual photography, and somehow the ease of using an iPhone to snap and post pictures in a matter of seconds became so habitual, I didn't ever think about trying to do a better job capturing the shop on my own. But the stark contrast I saw between professional photography and whatever I was doing struck me with two epiphanies simultaneously: 1) I needed to invite Heather back much more frequently than I had been. Great photography tells a story that your average photography simply can't. And 2) I needed to up my own game so that the daily images I took between photo shoots could more seamlessly coexist with the images Heather was capturing.

So I began, last summer, trying a new approach. Instead of taking a quick photo of what I needed at the time I needed it, I started dedicating one day a week to doing shop photography, usually setting up a couple of flat lays and giving myself ample time with them. Time to tinker. Time to play with settings. What happens if you kick the aperture way down? Now up? If you adjust the ISO on a shot and compensate accordingly elsewhere, how does that change the light? I'm never been a great learner from manuals. The best method for me is to just experiment and pay attention. And I think, looking over the past year, I've made some progress! 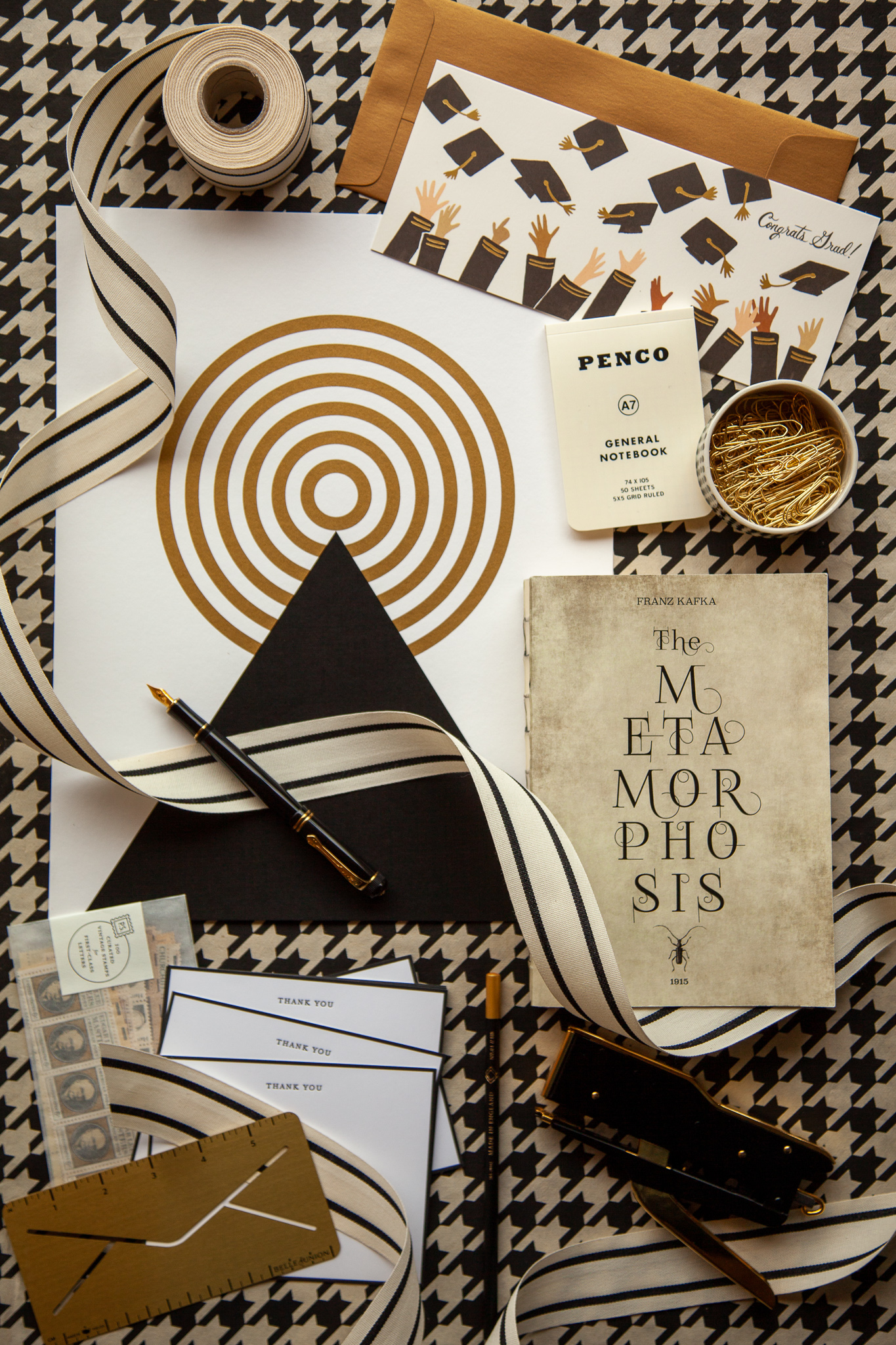 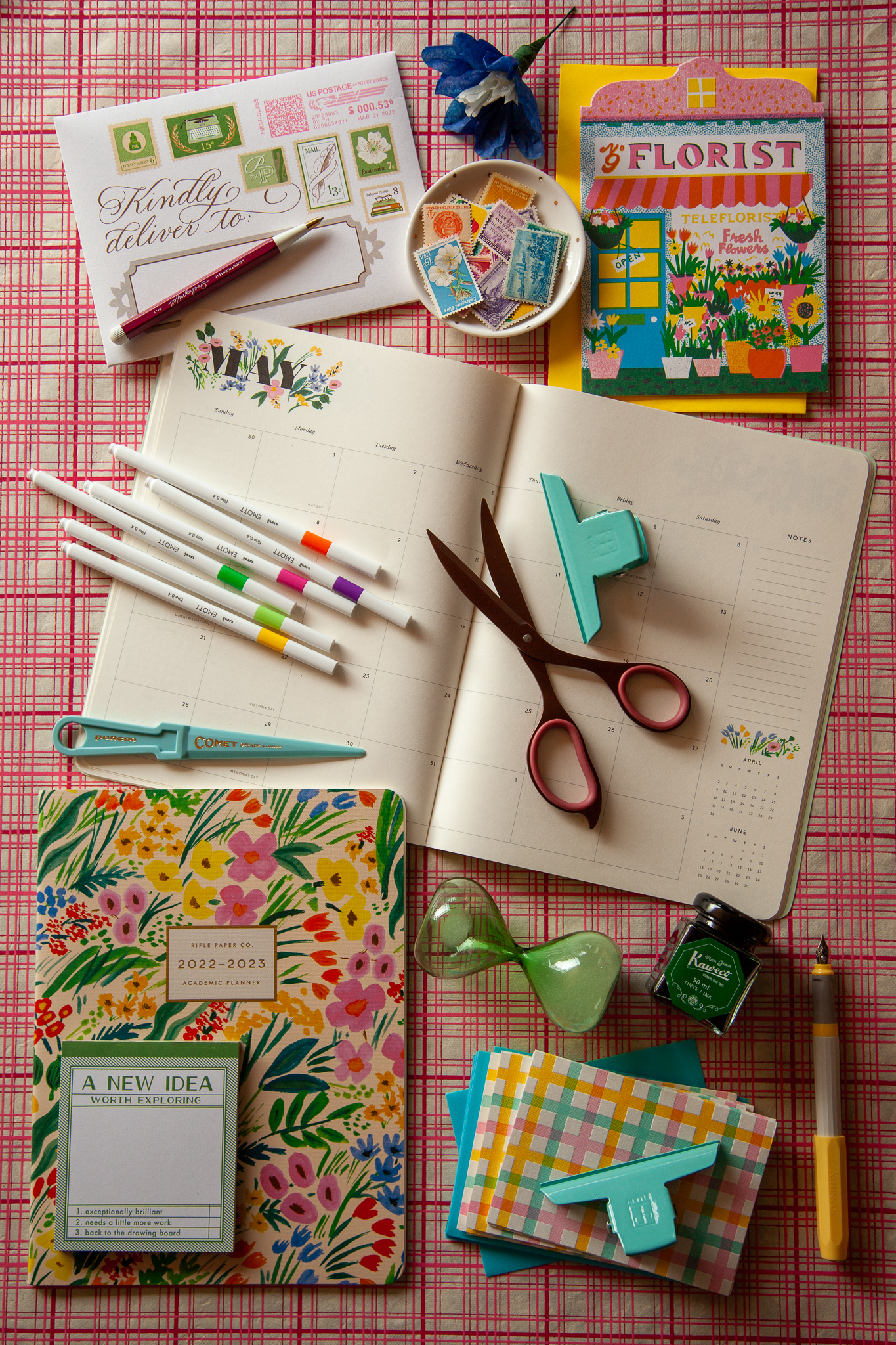 But surprise! This post isn't actually about manual photography -- it's about something I've learned as a byproduct of trying to improve my skillset. Flat lays! Styling them is its own creative process. As with so many things, if done well, they should look effortless, like all of the objects were of course destined to be nestled into this scene just so, while in reality, they can take some time and effort to get right. I don't necessarily have a formula I use (and with anything creative, formulas can get in the way of spontaneous choices that might be just what you need to make something sing), but I do feel that when I look at some favorite flat lays over the past year, some parallels pop out to me: 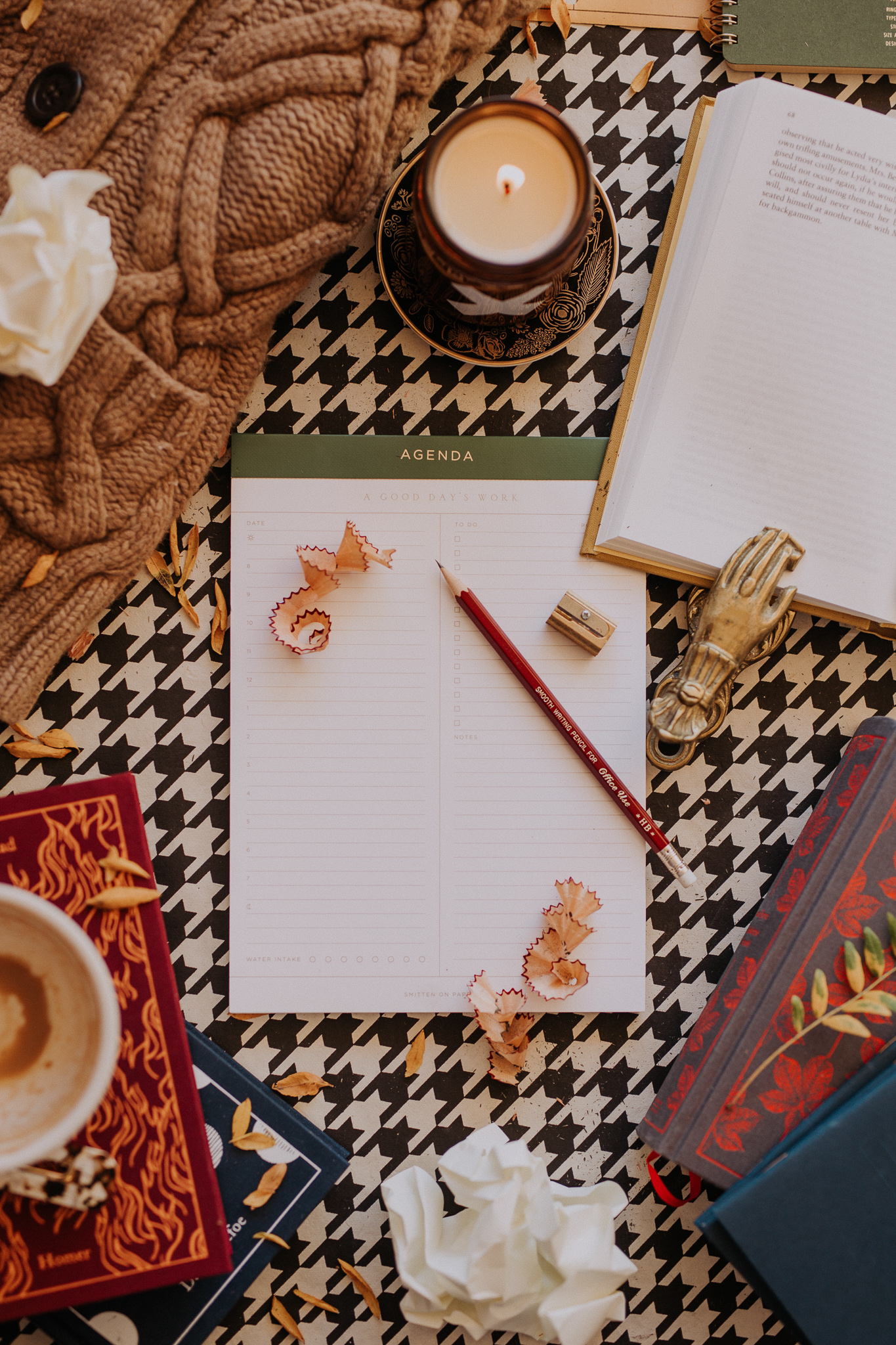 This collegiate scene was shot by Heather! The remaining photographs below are my own flat lays from this past year. 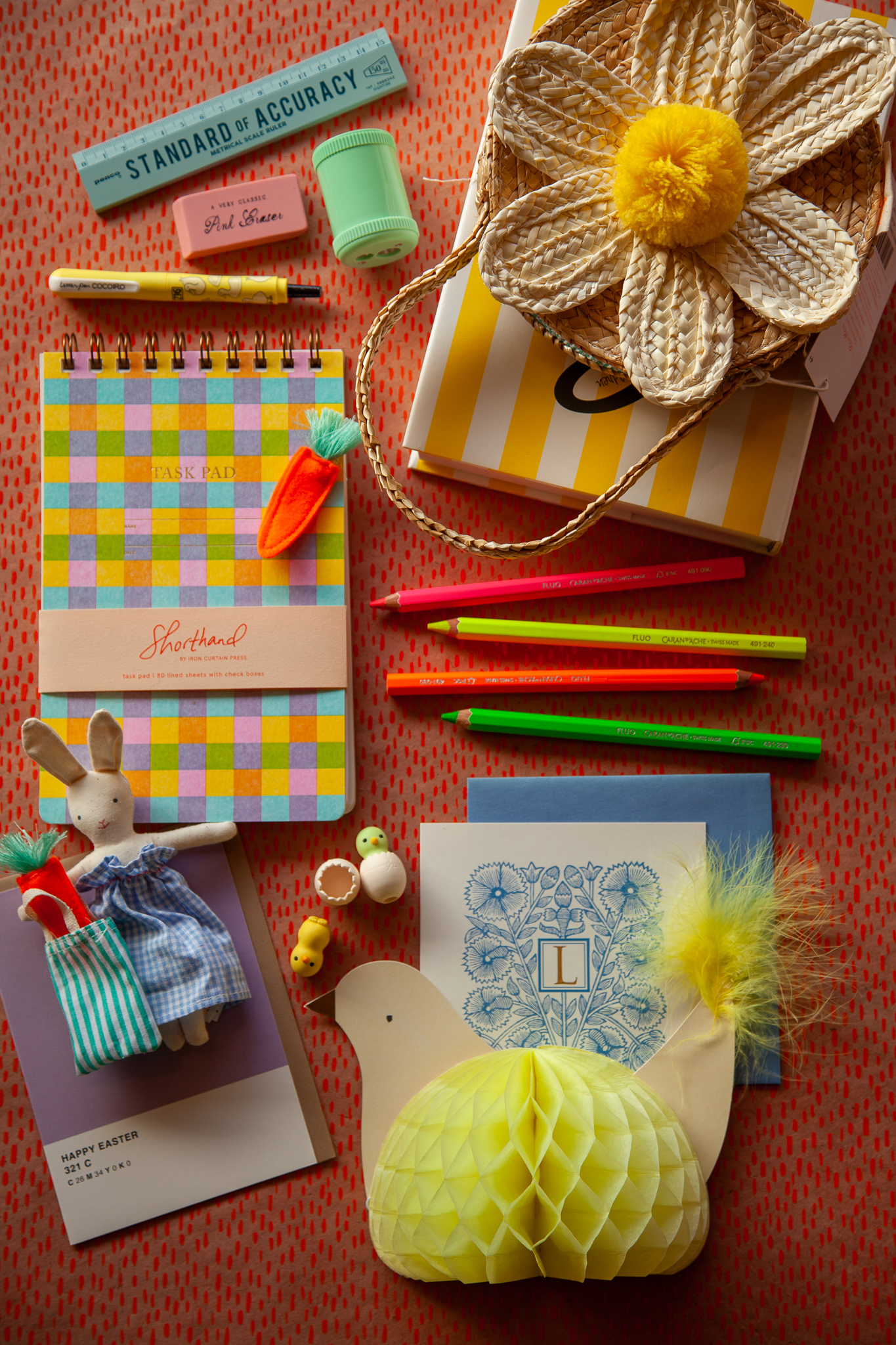 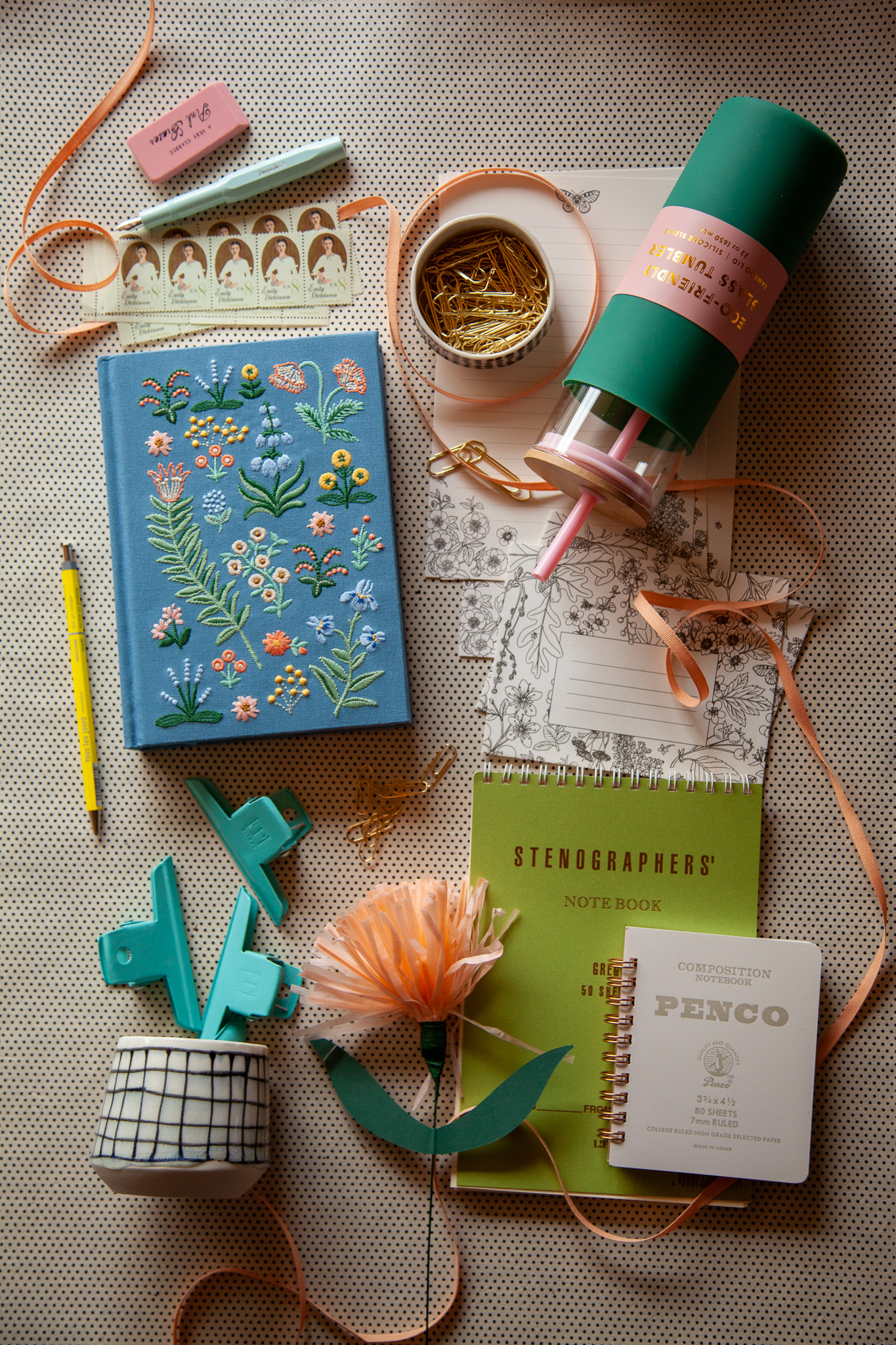 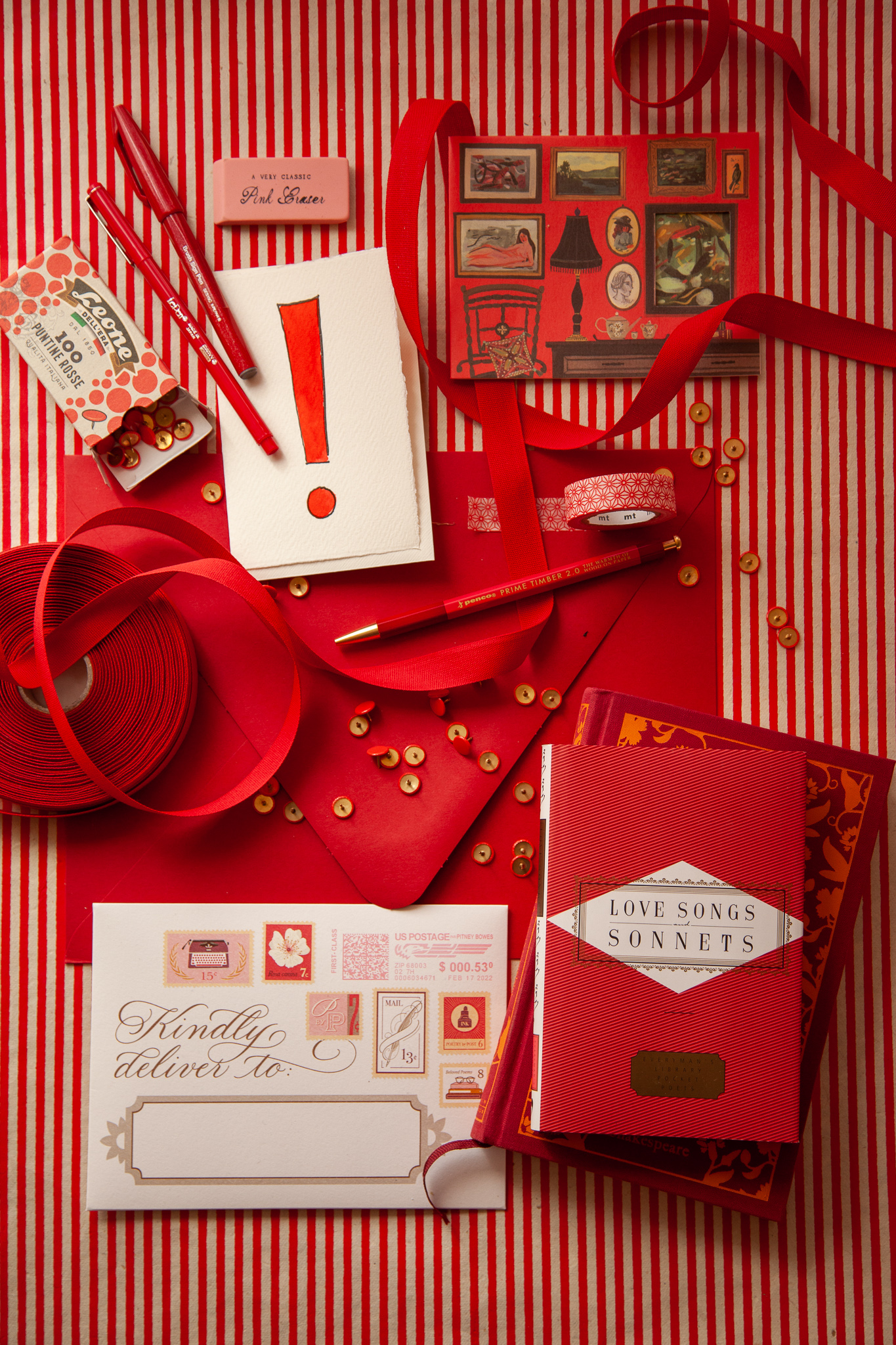 And here's a great example of an evolution and the reminder that often these set ups take time and patience. The below image is where I started with the flat lay that turned into the above image. Some of the difference between the two is obviously the warmer and richer light above -- which was a magic I don't fully understand -- but you can see that a lot of what makes the final version sing is just the particular collection of objects and their movement as well. I try not to force it and to just walk away and come back in the morning if I need to. That made all the difference here. 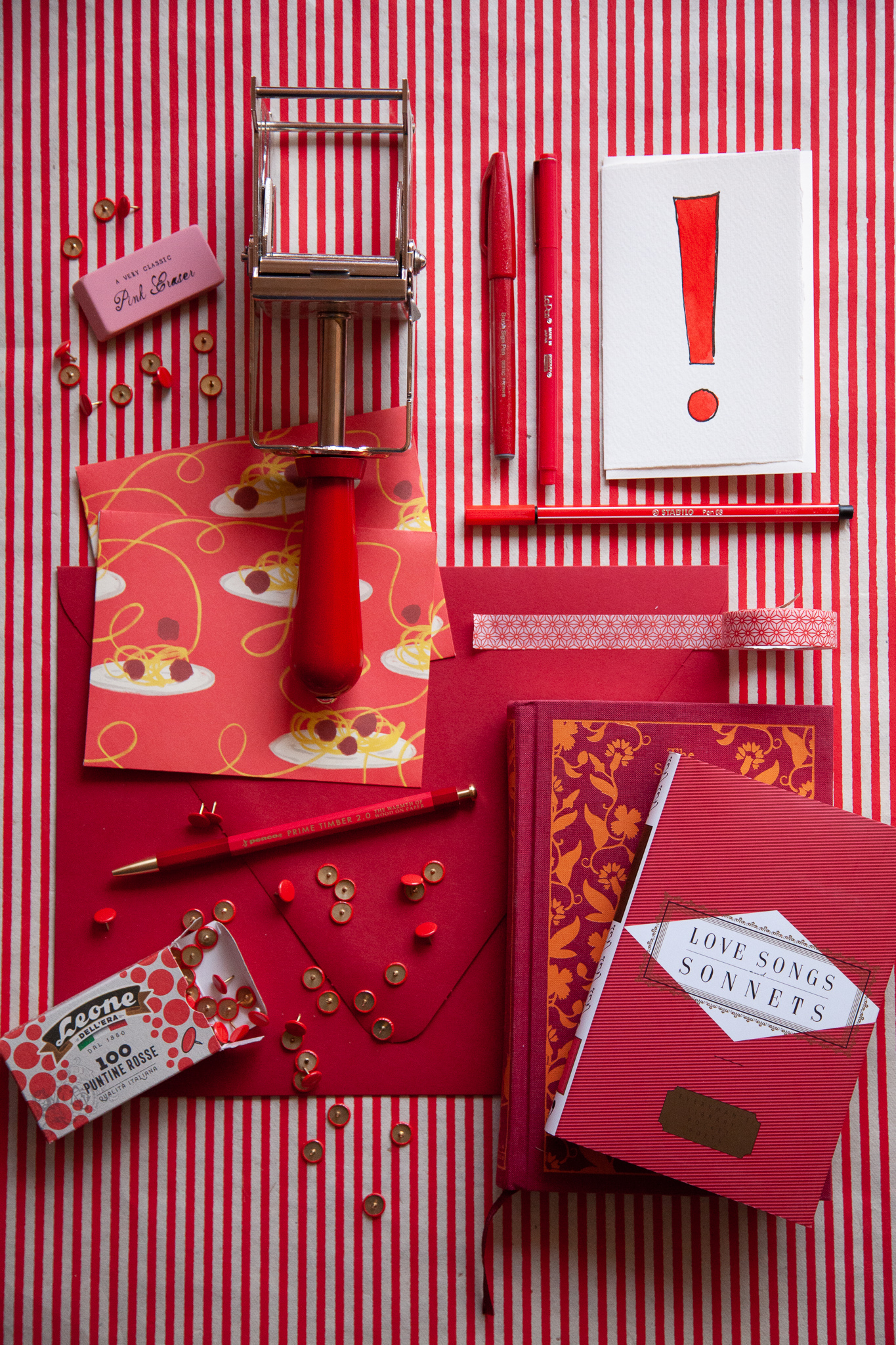 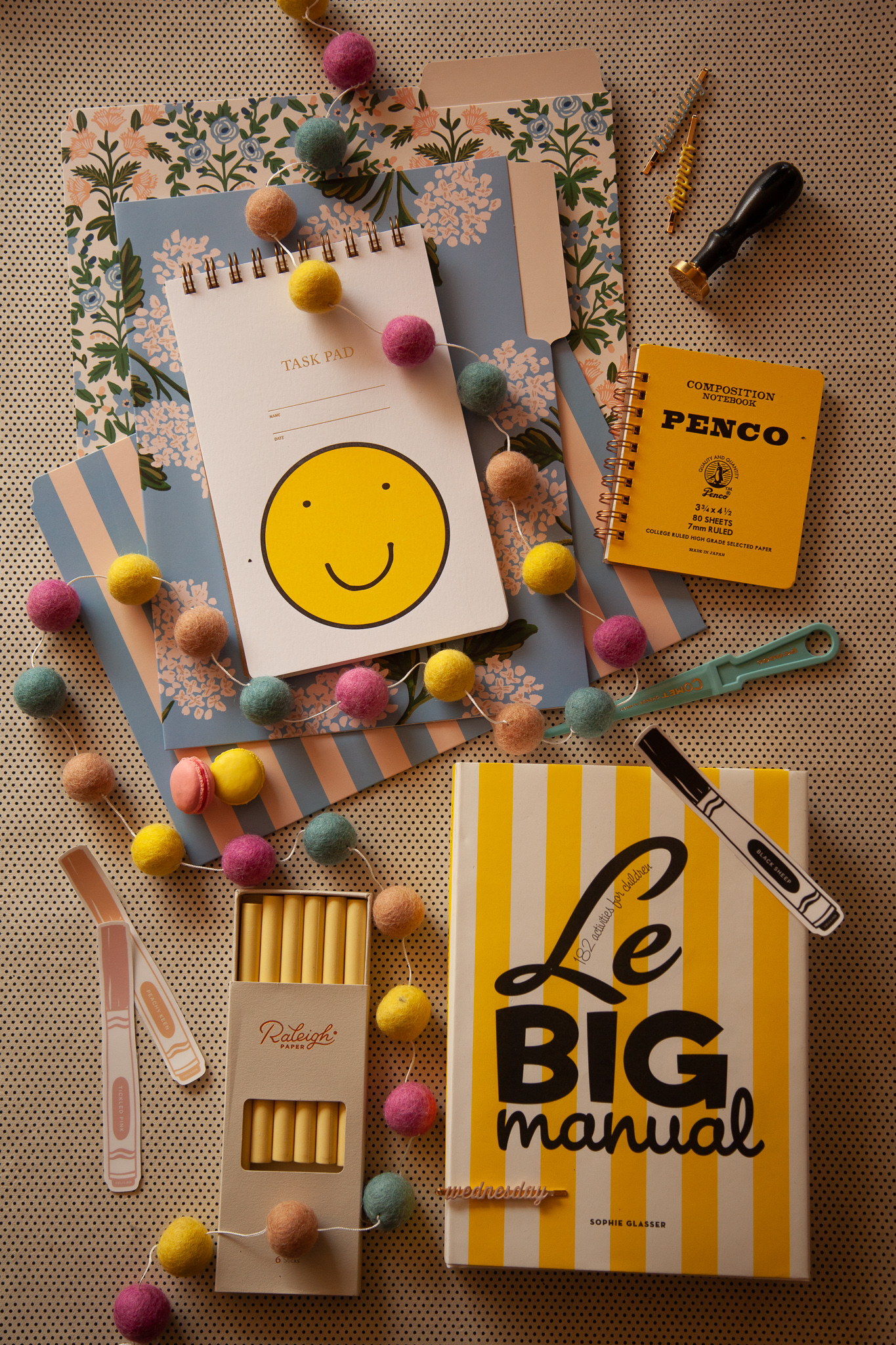 I still have an immense amount to learn about manual photography, especially about light and shadow, and about photo editing as well, but I have truly appreciated this creative challenge and feel that the shop Instagram feed has improved pretty radically over the past year. And even better--Heather returns on June 5th, so we'll certainly have some new magical photos to share soon! But here's hoping there won't be quite as striking a difference between hers and mine as there used to be.